In our first installment of HITMM, we met a lovely 63 year-old woman from the Pennsylvania area that Match’s Daily 5 insisted would be my perfect mate. We’ll never know why exactly, but if I had to guess I’d say it had something to do with her love of ballroom dancing, knitting, and Dancing with the Stars, and my complete hatred of those three things. But Match insists their Daily 5 are chosen using fancy things like “algorithms” and “ratings”, so they’d never suggest another stinker would they? Wooouuullld they? 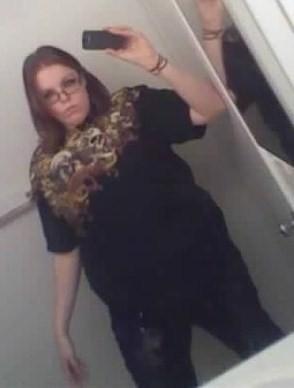 Alright, look. There are plenty of problems with this, which I’ll get to, but let’s start with the basics. I AM 33 YEARS OLD. I know you know this, Match, because when I click on the profile of myself on your site, it tells me I’m 33. And there’s a picture of me right there to prove it. In fact, if one day I got into a terrible accident and hit my head and needed, more than anything else, to figure out how damn old I was, I would look it up on Match.com, because I know that’s a place where saying exactly how old you are is important. This young lady is seeking a man between 20 and 25. 33 is not a number that’s between 20 and 25. It’s just not. Not even close. And my desired age range starts at, I think, 28, which means the youngest person I would even think about dating is three years older than her most ancient, grandfatherly possibility. That is not good. Honestly, I don’t even really know what algorithms are, but I would think they’d be able to parse a complicated mathematical minefield such as this.

Oh, also, New York City, where I live, is not within 25 miles of Maryland. It’s closer to within 250 miles. Do you not have a map, Match? You should get a map. Or just use Google Maps. That’s easy too. Or MapQuest, I think that’s still around. That one’s fun because it makes it sound like a dangerous journey….MapQuest!

All of this is to say, Match, that before I’ve even gotten to the specifics of this young lady’s profile, the idea of me dating her is completely preposterous. You might as well have recommended a 75 year-old man. (Smash cut to: Me on a date with Larry King. Confused, but not altogether unhappy. Smash back.)

Now, let’s get down to the nitty gritty…

Her Headline: Like I sayed I am crayz I say what I want to I dont care what ppl think of or say.

Profile: I’m out going girl I love to go out and have fun as long as I dont get in trobley. When u get to now me I am crazy amd radom. I dont care what ppl say about me or think about me. I can be funny sometimes.

I would like him to be funney like me for who I am not lie to me us me treast me the same no matter who we are around. Trust me.

Well, I think well all like to have fun as long we don’t get in trobley. Sometimes I feel like I’m the kinda guy that trobley just follows, you know? Oh, pardon me. U now?

Hey, you guys read this site. I make typos. Sometimes I make lots of them, and truth be told, I’m not all that concerned with rooting them out. There’s probably typos in this very post. It’s a blog, I’m not getting paid to write it, you’re not paying to read it, so I feel we can all survive a botched sentence and here and there. But come on, this shit is insane. You’re telling me the algorithms can’t pick up “Male – Writer” and “Female – Thinks ‘Radom’, ‘Funney’, and ‘Treast’ Are Words”, and sense there’s a problem?

Oh yeah, I know that place. I think it’s within 25 miles of my house.

Favorite Things: I like all kind of music. when I watch tv it is mosty paranormal. I love horroe moves.

I feel like I’m trapped in a horroe movie right now.

How is this my match?!