The Girl Who Wouldn’t Let Me Leave

When you make a date, I find it’s best to keep it. Rescheduling, even if you have a really good reason, just sends a wave of doubt through an already doubt-riddled experience. “Hey, I’m not feeling well, can we do it another night?” sounds a lot like “Hey, I’m not feeling this, can we pretend like we’ll do it another night, but really never do it at all?”. It’s not a great vibe to introduce, even if you do genuinely want to meet the person, so I try to avoid it. Plus, if you’re really not feeling well, it’s easy enough to gauge the chemistry, then end the date early if necessary, right? Sometimes right. Sometimes totally wrong.

When she walked in, I was a little surprised. It’s not that her pictures weren’t of her, they definitely were. It’s just that sometimes no matter how accurate or recent a photo is, it doesn’t capture a person’s essence. This was he she looked on Match… 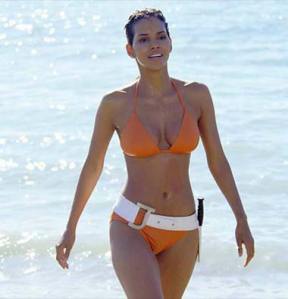 But this was the reality of her essence: 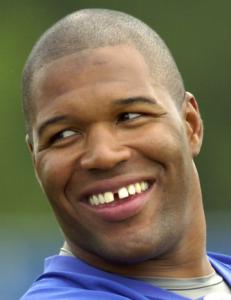 There was still a lot of her that looked like Halle Berry. And even a little bit is, frankly, far more that I warrant…but there was something up with those teeth. Believe me, when she miraculously agreed to go out with me, I was well aware how preposterously far outside my league I was straying. My league is more Hall and Oates than Halle Berry. So I was excited, but then, two days before our date, I started to feel sick. But when a woman that beautiful agrees to go out with you, you go, even when you have one hell of a sore throat. You wonder if you’ve made a mistake when she shows up with a smile like Michael Strahan’s, but that’s Internet dating. You pay your dues, you take your chances.

So I bought Halle a drink, and we began to chat. She was a film student, which was part of the reason why I was so excited to meet her. Having studied film myself (try not to swoon too hard, ladies), I thought for sure we’d have a lot to talk about. And we did, for a while. But I’m gonna let you in on a little secret about sore throats – it turns out that the more you talk, the worse they actually feel. Shocking, I know. Also, another word to the wise, alcohol and Dayquil are not a great combination. Unless you’re auditioning to be on Intervention. And as the conversation began to fade, my sharpness was going right along with it. When I caught myself staring into the gap in her teeth, I knew it was time to go to the bathroom. Luckily, my drink was almost finished, so I could head home to bed shortly…

When I returned, Halle had bought us a second round. The number of times a date has purchased me drinks unsolicited, I can count on one hand. Hell, I can count them on one finger. But it was a nice gesture, and I was happy she was having a good time, so I figured I’d do my best to keep up. That’s when the shots showed up. She’d ordered us shots. Who orders shots on a first date? And it was tequila…on a Tuesday afternoon, at like 6. Apparently Halle Berry was a little bit of a frat boy. Which normally, I totally could’ve hung with, but when’s the last time you slugged tequila with a sore throat? It’s painful. Like medieval healing remedy painful. As I was choking it down, I could almost hear an insane jewish grandmother cackling, “the best thing for a sore throat is mexican liquor. Then…leeches!” I was getting drunk now, and so very tired, and, again, was having serious trouble stopping myself from staring at her teeth. They were fine teeth, really. And she was very pretty. It was my problem, not hers. But every time I closed my eyes I kept seeing this.

I told her I had to leave.

Halle: But we just got here. I think you need another shot.

Me: No, I really don’t. I’m sorry, I’m actually not feeling very we-

Halle: (to bartender) Can we get two more shots over here?

It was like I was on a date with Don Draper. Except sooner or later, Don passes out. I had a feeling Halle was just getting warmed up. I decided I need to be more firm.

Me: I’m sorry, I know this is lame, but my throat is killing me. Do you think we could pick this up in a few days?

Halle: What, you’re not having fun? Here, drink my shot.

Me: No. Please. I really can’t have more shots. I shouldn’t have had one to begin with.

And that’s when shit got awkward. It’s ok to say you have to leave, but if you do a little too loud or a little too angry, you seem like a lunatic. I did both, making me just a scooch short of Charles Manson. And Halle’s face showed it.

And from there, we were pretty much done. I apologized profusely, and told her I was feeling SUPER sick. She asked why I didn’t just reschedule, and because I couldn’t really say “because your pictures were smoking hot and I didn’t want to mess things up”, I just said, “I don’t know.” Halle was unimpressed. Frankly, I was too. I told her I felt really sick again, for probably the fifth time, but at that point even I stopped believing me. It was all just a little too much.

I called Halle a few days later when I got over the cold and asked to take her out again and make things up to her, but she never responded. I can’t say I blame her really, and frankly I was a little relieved. The Dayquil was out of my system, but I wasn’t sure the teeth wouldn’t get me again. I guess that makes me a pretty bad date. But hey, it’s the Internet. You pay your dues, you take your chances…

This entry was posted in Horror Stories. Bookmark the permalink.

3 Responses to The Girl Who Wouldn’t Let Me Leave