OKCupid Segregates Based on Looks; Prevents the Average From Meeting the Attractive 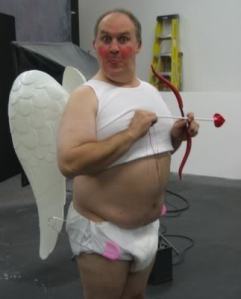 Here it is, folks, the first ever It’s Not a Match expose. Previously, the closest we’d come to actual reporting was retelling a story about a girl who peed her pants. It was gripping and powerful, but it was somehow overlooked when Pulitzer time rolled around. And sure, this post will be overlooked too, but at least it’s not about pee…

It has come to my attention, from one of my skilled It’s Not a Match tipsters, that OKCupid is up to some shit that is decidedly not OK. Though the site claims to be entirely egalitarian and for the masses, the reality is it is actively preventing its less attractive members from finding and contacting people deemed out of their league. OKCupid, it seems, purposefully encourages only people of similar appearance level to speak to each other. Moreover, if the site feels you’re a touch too…um…ugly, it will keep particularly attractive people from appearing in your searches. How do I know? Well, they come right out and tell you.

Here’s an email they recently sent to a member…

How fucked up is that?! Sure, they’ve disguised it pretty nicely, but beneath OKCupid’s usual rhetorical flourishes (“Yeah, Stan, put in the thing about the haircut! That’ll kill!”) it is a very simple message:

You have now been deemed attractive enough to see other attractive people. Perviously, you were too ugly.

Obviously it’s the goal of every dating website to try to match up compatible people, but I thought that meant two people up who liked soccer, or Olivia Newton John. Turns out it’s really just about putting hotties with other hotties. So…since when is compatibility all about appearance? I mean seriously, give me one good reason why 5’s on the beauty scale should be prevented from having 8’s, 9’s, and 10’s recommended to them by their dating site? Because they might start emailing the 10’s and uglying up their inbox with untold amounts of spittle and unfortunate facial hair? That is ridiculous. Compatibility has so much more to do with it than looks. It’s about chemistry, vibe, emotional intimacy, not just finding someone who’s an equal level of cute. At the very least they should take penis size into account! What about penis size?!?!

Sure, it softens the blow that OKCupid leaves the determination of a user’s appearance up to the clicks and ratings of other members, but it’s still not great. It would be worse if there was a giant guy wearing a diaper who sat in a chair and stamped 2’s, 7’s, and 10’s on people’s pictures all day, but why is appearance weighted so heavily begin with? The Quickmatch function that the email mentions is pretty much a “Hot or Not” picture game that the website provides. They show you someone’s image, a bit of their profile, and you rate them from 1-5. It’s not based on charm or personality or, of course, any sort of true compatibility – it’s based on the quality of their smile, or more simply, how sweet their rack is.

It’s ironic that, of all sites, OKCupid segregates their members so superficially. After all, it’s one of the few totally free dating sites, designed to give everyone a chance to find their perfect partner. Of course, they forgot to mention that your partner better within a 10% range of your hotness, otherwise you’re shit out of luck. And what about the name? Does Cupid they’re fucking with his image? Cupid is all about bringing an unlikely and star-crossed pair together just by the strike of one of his magical arrows, isn’t he? What if OKCupid shoots the arrow at someone too ugly – does it just bounce off? Or does he have specially labeled arrows, “super hot only”, “average face, amazing body”, “great hair but fucked up teeth” and dole them out accordingly? Perhaps one day they’ll send me a branded form letter via email and let me know. Either way, Cupid’s gonna be pissed when he finds out.

I’m sure much of my indignation is foolishly spent. All dating websites surely adjust for physical appearance in some way, but it never occurred to me that they were keeping different types of people away from each other. I mean, Match regularly suggests beautiful women to me, and I’m a real bowzer. Perhaps the separation has been going on all along and I never realized it. But I for one think we should get see all the options, and let us sort out who is and isn’t right for us. No segregation necessary.

Unless they can weed out the girls who pee their pants. Then I’m totally on board.

23 Responses to OKCupid Segregates Based on Looks; Prevents the Average From Meeting the Attractive