Why You Should Never Take a Date to a Concert 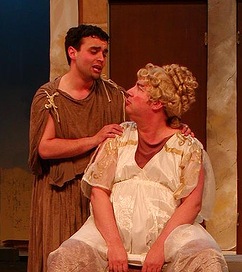 No idea why this doesn’t make for a better date.

I have a long held rule about taking dates to the theater. I love theater. And I love girls who love theater. But I found that every time I would ask a girl to check out the next big thing on Broadway, she would happily accept, allow me to shell out big time for the tickets, then break up with me as soon as humanly possible afterwards. It happened at least five times. It got to the point where they had to change the stage manager’s announcement to, “Please silence your cellphones, refrain from taking flash photography, and abstain from breaking up until after the show has completed. The weeping is becoming a distraction.” After a few years of this bullshit, I made my rule: never take a date to the theater. If I were smart, I would’ve banned concerts as well. But if I were smart, this website wouldn’t exist. So let’s all thank God for little favors…

In my one and only attempt at speed dating, I met a girl who said she was afraid of mirrors, another who admitted that she’d never dated a man who hadn’t read Lord of the Rings and wasn’t gonna start now, and Janis. Speed dating is great because in the time it normally takes to have one bad date, you can have fifteen little ones that are just as bad. But Janis was surprisingly, alarmingly, cool. She had The Big Three: good looks, intelligence, and sense of humor – which would be great if there weren’t eleven other men discovering that at the exact same time. I urged her to dumb it down for the rest of her encounters that night, maybe rub a little mud on her face, perhaps conjure up a decent fart every now and again. She laughed, accepted my phone number, and promised she’d call. A solid fart joke can do that to a woman.

Did she call? Yes. Was that a good that? Probably not. For the rest of the story, buy my new book Not a Match: My True Tales of Online Dating Disasters.

Available for your ereader on Amazon and iTunes. Only $2.99! Help support the site!

This entry was posted in Horror Stories, It's Not a Match Classic. Bookmark the permalink.

Leave a Reply to B Cancel reply