How To Find the Ideal Internet Date Bar 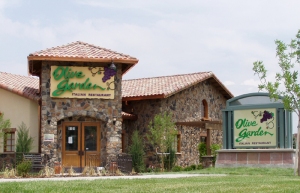 Not the perfect date bar.

Before I left New York, it had gotten to the point where there were many bars I simply couldn’t go in anymore. In some cases, it was court sanctioned. I’m prohibited from getting into details, but I will say that the law takes a far dimmer view of the wet willy than you might imagine. For the most part however, I’d simply worn the bars out. When I find a place that fits my dating criteria, I tend to hit it up fairly often. And by fairly often, I mean constantly. Which can get awkward. The last time I went to my regular place here in LA, they asked if I could grab the garbage on my way out. Didn’t seem right, you know? Buuuuut seriously people, the perfect Internet date bar can be hard to find, and if you make a mistake and pick the wrong spot, you can ruin an evening before it even starts. Here’s what you’re looking for. 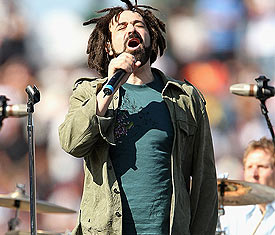 Do you really want to say the words “…so, you grew up Harrisburg?” while some dick airs out his soulful acoustic cover of “Pumped Up Kicks” in the corner? No, you do not. Live music is loud, distracting, and frequently terrible, so avoid band bars at all costs. The same goes for intrusive jukeboxes. I went on a date once where their music rotation seemed stuck on “Jammin” by Bob Marley at a near-deafening volume. The resulting evening, I assure you, was far from jammin.

Do I have to say no karaoke? We’re all adults here. We know there’s no karaoke, right?!

And now is the moment when every woman in the world sighs and gives me the “see, THIS is why you are single” look. But when I was going on several dates a week, always obeying my two drink rule, I often found myself dropping over $100 a week on drinks. I always pay on the first date, unless things go preposterously badly (like, say, she’s a big fan of Bob Marley’s “Jammin”), and that can get pricey fast. A place with a happy hour or great draft beers is a good choice, or somewhere that makes it illegal for people to order top shelf Long Island Iced Teas. Yes, that happened. Do you still need to ask?

Wait, maybe this is the moment where you look at me and say this is why I am single? Look, the vast majority of Internet dates stink. Would you rather end one and say, “well, at least I’ll be home in 20 minutes,” or do you prefer “I transferred to three different trains for that bullshit?” You tell me. And if you live in a city where people drive, don’t schedule a date during rush hour. The person will hate you before they even meet you. And that’s fast, even for me.

You want gin and tonic?

One of my favorite NYC bars had weirdly hot waitresses. Not at all my type, but each one seemed to be skinnier, bustier, and with more died Russian blonde hair than the next. They looked like the sort of women that would be freed from the back of a shipping container in the first five minutes of Law & Order. But talking/relating/thinking did not seem to be their strong suit, so they did little for me.

I noticed after a while however that most of my dates remarked snidely on their appearance. “Right, like those are real” was common, as was a “I think she’s high” now and again. And frankly, I don’t blame my dates one bit. Men who are handsome in a clichéd way annoy me too (eat it, Brad Pitt!), but I found over time that my dates seemed to be judging me for picking a place with such a staff. Apparently you can’t really go to a bar with exclusively hot waitresses and not have your date eventually wonder if you’re just there for the eye candy. And saying “no, I’m here because it’s close to the subway!” isn’t much of a defense.

Ruby Tuesday’s, T.G.I. Friday’s, Throw Up All Over the Place Wednesday’s – none of these establishments are acceptable. In fact, if the bar is a member of a chain or serves anything in mudslide form – I’d look elsewhere.

Here’s what you don’t want to happen: a waiter walks up and asks what your date would like to drink. She orders a glass of wine, and before you can speak he says, “Oh, don’t worry. I got you.” Then he turns to your date and says, “He’s here all the time.” It’s tough to explain that one, even though being really motivated to find a great girl is entirely justifiable in my book. If you date often, you are a cad.

Nor do you particularly want that same waiter to walk up to you later, while your date is in the bathroom, and say “so, what do you think of this one? Is she a keeper?” Even if you are not, plainly, an aforementioned cad, you’re going to feel like one. It’s just kinda embarrassing. Being remembered at your neighborhood spot is great, at your go-to date bar is not.

2 Responses to How To Find the Ideal Internet Date Bar