Can You Date Someone Who Uses Emoticons? :-/ 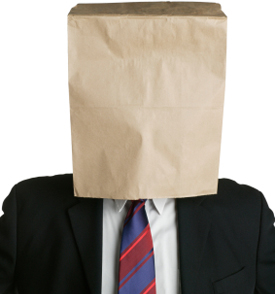 For all we know, this man may not have a head.

There’s a lot of things you can hide when you’re an online dater. Heavier than you’d like? Post a picture of just your face. Speak with an unappealing accent? Skip a phone call and go right to the first date. Have a peg leg? Cleverly arrange your photos so you’re always standing in a bucket. If you use emoticons when you write however, or – even worse – a lot of emoticons when you write, everyone’s gonna know. And you could be in for a heap of trouble.

Of the dating deal breakers that I am most often emailed about, use of emoticons is easily top 3, behind “doesn’t want kids”, but in front of “not posting a picture.” That means people are more comfortable going out with someone who might look like a monster than someone who would follow a ; with a ) in their profile. Just look at this note I got last week…

There’s a guy that I basically joined Match to email with. He’s cute, super smart, and I totally giggled while reading his profile. So I emailed him, and he just WROTE BACK!!! BUT, at the end of this message he wrote….. 0:-3

I assume that’s an emoticon, but what does it even mean? I thought only teenage girls and fucking librarians used emoticons. Give me one good reason not to delete this guy right now? 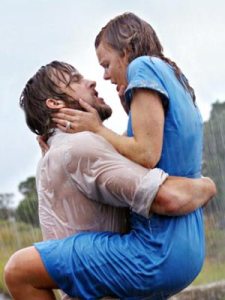 Wow. Totally unnecessary lashing out at librarians there. I mean, come on people, they organize our books. I told the emailer that I didn’t need to give her a good reason to keep the guy, as she had already given me four. He’s smart, funny, attractive, and you joined Match to talk to him. That’s good stuff! The Notebook was built on less of a romantic connection than that. But honestly, deep down, I understood her problem. It’s one thing to use emoticons, it’s another to use them so often that you can delve into esoteric combinations that are meaningless to the colons-are-only-to-be-used-as-punctuation universe. Apparently 0:-3 means “angel” or “innocent,” which is a lame enough message to express in a first email that you really shouldn’t have to revert to drawings to do it. So when the reader wrote me back and said she just couldn’t date an emoticon user and deleted his email, deep inside I nodded in approval. Because I, you see, am a reformed emoticon phobic.

Several years ago, I wouldn’t even look at someone who had a :) or a 8>} or even a WTF or LOL in their profile. If you were gonna open a parenthesis, you damn well better close it, and frivolous use of abbreviation was not to be tolerated. I was, what you might call, a snoot. “What’s wrong with words?!” I remember typing in many an IM window, after one of my friends said LOL following one of my typically hilarious remarks. “Words have been good enough for thousands of yours, we don’t suddenly need to revert to drawings or acronyms!” My friends would, not surprisingly, never laugh at anything I said ever again.

I went along happily emailing people in my terse, sarcastic style, and judging them harshly when they dared respond with anything resembling an emoticon. I’m sure there were a few double exclamation points in there that I mistook for bunny ears or chopping down trees, and deleted emails from innocent people who just happened to be enthusiastic. I didn’t care though. Emoticon users were foolish buffoons who bounded about smiling and winking and ROFLing at everything they saw. They were like the Joker without the permanent scarring and unfortunate backstory. They were the sort of people who wore pajama bottoms as pants and called yogurt “gurt.” If they had a collective image, it would be… 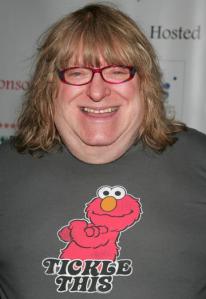 Bruce Vilanch. It was harsh, I agree. But then a funny thing happened. I realized, that with very few exceptions, Matchers were not responding to my emails. I was sending out these funny deductive little gems and getting diddly squat in return. I read them over. Hmmmm. It occurred to me that I could be coming off like a total and complete asshole. Sarcasm and playful banter are tough on email, even tougher from someone you’ve never met. So I tried something daring, something bold, something that made my heart die a little bit inside: I used an emoticon.

You know what happened? The girl wrote back.

Ever since, I’ve been an emoticon fiend. I absolutely love them. I’ll use them two, three times a text. Last night I sent a message that had more forms of punctuation in it than it did actual letters. LOL! It turns out, when people know I’m not being a dick, they find my remarks altogether winning and hilarious. OK, not altogether. Partiallytogether? Moretogetherthannottogether? The point is, to you emoticon harpies out there, relax. If you want to be a snoot about grammar or spelling or not looking like Bruce Vilanch, fine. That’s a mountain you can die on. But don’t reject somebody for a simple ;>0. They’re just trying to be understood. Would you want to miss out on someone great, just because of a few keystrokes?

If so, then all I can say to you is…WTF.

2 Responses to Can You Date Someone Who Uses Emoticons? :-/