How is This My Match? Los Angeles Edition 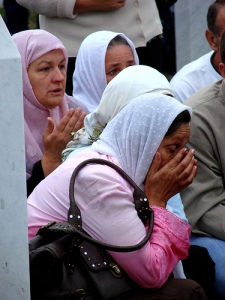 The women of New York, when they found out I was moving...

As you may have heard, I’m moving to California. Los Angeles, to be exact. I know, I know, you’re upset. I understand, we’ve come a long way, you and I. But believe me, no one is taking this harder than the women of New York. There’s a suicide watch around town. Women collectively have been forced to hand in their belts and shoelaces. It’s touching, but I was hoping this could be a happy event. I was thinking…maybe a parade? Because truth be told, I’m a little worried about LA…

I love the women of New York. They’re a little, well, crazy. They’re smart, and often funny, and sometimes very cute, but always a touch off in the head. And I love that. It keeps life interesting, and provides all the material you need to start up a bustling little dating blog. Are LA women like that? Will they be as quirky, as delightfully complicated? Women here know what they want, and will insist upon it even while admitting that what they want is actually totally insane. Can Los Angeles promise such infuriating joy?

My concern, above all else, is that west coast women will be…how to say this tactfully…Dumb. Dumb with a capital D. It’s pure stereotype, I know, but there’s gotta be some truth to it, right? I mean, the one woman I met at a LA bar asked me what state Brooklyn was in. That’s not just recreationally dumb, that’s some serious expertise. You gotta go to the Graduate School of Stupid to be that good at being a moron. So what I decided to do, to allay my fears, was to change my Match location in advance. I’d tell the website that I was already living in Los Angeles, they’d send me some of their patented recommendations, and I could finally relax. Because every woman in LA can’t be a wanna-be-model, airhead, right? They can’t all be silly sounding pseudo-intellectuals with botox brains and sleep to the top dreams, can they? CAAAANNN THEY?

And that’s when I started to cry. How is this my match?! 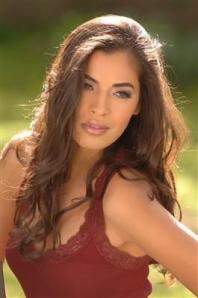 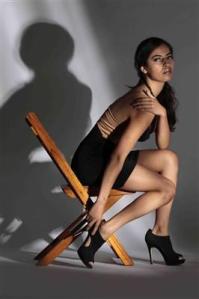 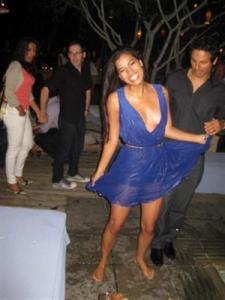 Really, Los Angeles? REALLY? Two professional modeling photos, followed by a third shot where I can see your boobs, the guy standing next to you can see your boobs, and the women behind you is openly making the “who does this bitch think she is?!?” face? And you can just hear her husband whispering, “honey, please don’t make a scene. Let’s just get a glass a wine. Fine. Vodka, we’ll get vodka.” This is supposed to make me feel better about moving? Come on!

I’ve never included the “ethnicity” field in How is This My Match before, because I never knew it could be annoying. Turns out, it totally can. Seriously, you’re nine ethnicities? You’re not just trying to seem exotic and complex by any chance, are you? And what ethnicities could possibly be left out that you needed to check “other”, too? Are you a Visigoth? Maybe a Hapsburg?

Who She’s Looking For:

I have a very off-beat sense of humor.

To get along with me, you have to at least tolerate my humor, my joie de vivre, and you’ll have to entertain/accept me when I contemplate the existence of an alien that has gaseous form.

(Well, I guess we’re not getting along then. Bummer.)

Even Nietzsche's pissed off

My curiosity is boundless, I’m incessantly seeking knowledge, I am fascinated by anything from Neitzche to a cumulus cloud.

(Please kill me. By the way, you misspelled Neitzsche.)

I’m a good girl, from a very good family, with solid values and unwavering morals. Theoretically, if I were to meet your family, I’m the kind of girl they would fall in love with.

(Yeah, you and my family would get along great. Why don’t you bring up that business about the alien that exists in gaseous form? That’ll go over like gangbusters.)

MESSAGE ME IF:
-You are accomplished and/or have an upward trajectory
-You are someone I would be proud to be affiliated with

IF I WINK AT YOU, as opposed to sending a message, it’s not because I’m lazy, it’s because I believe in the traditional approach i.e. if I were to express interest in a man, it is upon the man to be a man, should he share such interest, and engage me. Likewise, if you simply wink at me without a message, consider it as though we were at a bar, for example, and you simply winked at me, yet never initiated conversation.

(I don’t know, it kinda sounds like you’re just lazy.)

If you’ve read The Canterbury Tales, I will light my hair on fire. Five hundred pages of stories written in Middle English, largely in verse, from the 14th century? You’ve read that. The twenty-five year-old girl with the boobs sticking out and the sexy shadows picture? And not only have you read it, but it wasn’t long ago in college for some crazy requirement class, it’s the last thing you read. On a beach somewhere, or perhaps while sitting on the can? That’s impressive. You must have some really intense job. Something arduous, something intellectual, something really cerebral if you’re reading The Canterbury Tales in your down time.

Please tell me, How is This My Match??!!

2 Responses to How is This My Match? Los Angeles Edition