I have grown tired of the Awful Story Olympic format, mostly because it rewards non-excellence. Why give out prizes for the second and third best emails I receive in a month, right? That’s not the standard we are trying to set here on It’s Not a Match! This site delivers only the best! Except for when I’m tired. Or drunk. Or taking a bath, choosing a new ringtone, watching The Voice, or not wanting disturb my cat who’s fallen asleep on my keyboard again. As long as none of those things are happening, I guarantee you perfection. For the most part. And that starts now, with the gold – and only the gold –  medal winning email of the month…

Apparently Lise H. has been wanting to email me for a while now, but she was waiting for just the right story. An email, or profile, or wooing technique sufficiently insane to catch my attention. And then on one glorious, fateful afternoon, she got all of them at once. And they came in the form of a poem. Obviously…

A few weeks ago, Lise opened her email box to discover a message from a man. According to his profile, he is all of the following:

So already, Lise knows she’s hit the internet dating jackpot. I mean, a guy who’s married AND kills animals with a crossbow? Why can’t I get lucky like that? I can’t tell you how many times I’ve sat across from a woman thinking, “sure, she’s great, but can she murder things with arrows? Probably not.” And then, just like that, my erection is gone. Is it a bummer that he’s married? Sure, but the good ones always are, you know? Is it too much to ask that he be attractive too? 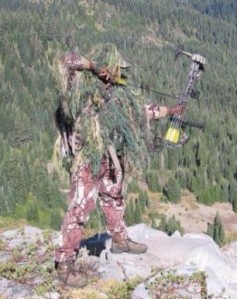 Nope. He’s attractive too. Just don’t spend your first date in the forrest, because you’ll probably never find him.

Now, a gentleman as rugged as this, Lise would have to make allowances for his email technique. He would probably be gruff and quick to the point. His delivery would lack elegance, but he would be charming in his directness and simplicity, right? RIGHT? Wrong. What puts Lise’s lover over the top, what makes him entirely worthy of the gold medal in this month’s Awful Story Olympics, is that he wrote her a poem. It’s titled “The Unicorn,” inspired, no doubt, by the animal he’d most like to hunt.

My dear, you may be like a unicorn, that beautiful but elusive
creature. How I long to breath in your wind, how I desire to know your
every feature.

(You “long to breath in her wind?” That means her farts, right? You want to smell her farts? Not a very effective pick-up line, at least in my experience.)

Consider Romeo and Juliet the famous Capulett and Montegue, their
famous affair was much more tragic then what I’m proposing to you.

Take Othello and Desdamona, fair Paris and his Helen of Troy, though I
am a man among men unlike that cowardly boy.

You are a very beautiful woman, that fact none could deny, you’ve
captured my very being, and you’ve certainly caught my eye!

(Well, you’ve captured part of his being. The majority of his being has already been  legally captured by his wife and two children, but don’t let me get in the way of romance.)

All I ask for is the chance to keep a smile on your face. To make your
heart beat faster than its ordinary pace.

(Mission accomplished. All our hearts are beating. Quite fast. Mostly out of fear.)

(“Make your stomach churn like a small teenage girl”? That’s…creepy. I’m choosing to believe he just needed a rhyme. Can we all go with that? Thanks.)

So my little unicorn, this is how I choose to plead my case. I hope
this little rhyme strikes you in a very good place.

I hope you are inspired by what I’ve proposed. I just ask you to give
me a chance, that you roll the dice and see how it goes!

Well, look at it this way…she was inspired by what you proposed, just maybe not in the way you intended. Instead of being inspired to write you back, she was actually inspired to forward your message along to me, with your screen name. But that’s the way art is man, you never how your audience is going to react. Just because it didn’t work with her, that doesn’t mean it won’t work with the other 50 women you’re obviously copying this to on a daily basis. While Lise may never have you, she will have always have a gold medal to remember you by.

Have a story that you think is worthy of the gold? Send it over here!