Advice From The Idiot: Should I Pay For a Dating Site?

Common Mistake: you’re not sure if Internet dating is for you, but you wanna give it a shot. Somehow, it seems, the current routine of going to bars and talking only to your friends has failed to yield romantic results. So you’ll dip your toe in the seedy waters of Internet dating – but you sure as hell aren’t gonna pay for the experience. I mean come on, you’re not desperate. (Spoiler alert: Yes you are.) So you sign up for one of those free sites, put up a profile, a few pics, and wait for the emails to coming rollllling in. And then…nothing. A couple of weeks go by and all you get is a few notes from weirdos, maybe a promising conversation or two that end without explanation, and then a whole lot of jack squat. Oh well, you gave it a shot, I guess Internet dating just wasn’t for you. Good thing you didn’t blow any money on one of those fancy pay sites, right?

No. Not even close to right. In fact, totally wrong. 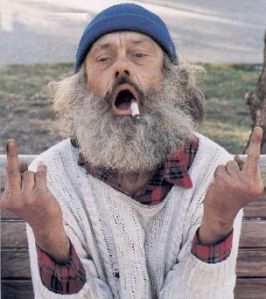 I don't understand why more people aren't messaging me.

I’ll try to be diplomatic about this…free dating sites are for hobos, drifters, and vagrants. OK, hobos, drifters, and vagrants who are interested in meeting someone special. And have access to email. Freebie services like OK Cupid and Plenty of Fish sound nice because they’re low commitment – but think about it, do you really want to go on a date with someone who can’t even handle a month long commitment to a website? You want to be seeing people who are serious about trying to meet someone, not ones who think “oh well, worst case scenario I’m not out any money!” If someone’s throwing down $20 to be there, chances are they’re gonna put in legitimate effort and actually care about the outcome. If they’re there for free it’s entirely possible they’re just screwing around. Look, you admitted above that your point of view was “I’m not sure if Internet dating is for me, but I guess I’ll give it a shot.” (OK, I admitted it for you, but come on, I was totally right.) Do you honestly want the job of trying to attract, interest, and ultimately date people with a similar ambivalence? Then go for it. OK Cupid is your wonderland. But if you’d rather go for someone who says “I wanna find the best person for me, and I don’t care if that takes a little more time or money”, then go with a service with a fee, like Match or Nerve.com.

Internet dating requires a bit of work…searching through profiles, crafting emails, going out on a lot of first dates. If you’re not willing to pay a little to be on a well organized, good looking website, then chances are you’re not going to be willing to do that work – and anyone emailing you is wasting their time. But, on the other hand, if you’ve paid a membership fee you’re gonna be more likely to chat it up because, in the back of your mind you’re probably thinking “Well Christ, I paid $35 to be on this stupid thing, I might as well respond…”. And that is all we’re looking for. 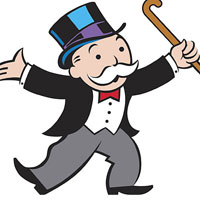 This guy is always a hit with the babes.

So, always remember, Internet dating is like toilet paper and trash bags – if you don’t pay a little extra you’re gonna end up with a real mess on your hands. (Already I regret writing that sentence. And yet…it’s not deleted.) You gotta spend money to make money. Now, if you want to know which pay website is the right one for you…well you’ll just have to check back another time for that.

7 Responses to Advice From The Idiot: Should I Pay For a Dating Site?