The Girl Who Couldn’t Kiss 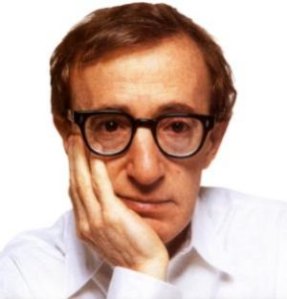 Is this the face of flawless sexual performance?

Woody Allen once said there’s no such thing as bad sex, which would mean a lot more if it was coming from someone who hadn’t slept with unduly beautiful and talented women his entire life. I mean, if someone let me have sex with Mia Farrow for twelve years, I’d speak pretty highly of the experience too. Now, tell me that all the ladies Woody slept with agree with his evaluation, and you’ve got a news story on your hands. You go a couple of rounds with a 75 year-old neurotic director/clarinetist and still say sex is all sunshine and rainbows, then I’m bound to agree. The point is, you never really know what your sexual partner is thinking. Just because you’re having a great time, that doesn’t mean the person next to you isn’t thinking, “well now I see why Annie Hall moved to LA.” No matter how good you think you are, the reality may be that you’re a complete fucking mess. In love, in sex, hell, even in kissing. In fact, in my experience, especially in kissing.

Recently I had a chance to go out with a professed Master of the Kissing Arts. To hear her tell it, she was to kissing what I am to marginally-read blogs about embarrassing things I’ve done on dates. She was so proud of her ability, so confident, that I started to feel a little like a romantic Daniel-son to her Miyagi.

Me: Oh, really? Why did you decide to start?

Me: Sure, who hasn’t been there?

Miyagi: I missed making out. That look on someone’s face when you kiss them, and you can tell they’re totally turned on.

Well la di da. It was all she ever talked about, her kissing acumen, but for two dates, Miyagi refused to offer any more than a peck on the cheek. It was like she kept saying “wax on, wax off”, and I was yelling, “enough with cleaning your god-damned cars! Can we get to the karate here, Pat Morita?!” Word to the wise, don’t ever call your date Pat Morita. They won’t be charmed.

Then, finally, on date number three, it looked like I was getting to the crane kick. There was a look in her eye, a spring in her step, and, more than that, she was drunk. Riiight in my wheelhouse. I wouldn’t say I was dying with desire for the woman, but I was fascinated to experience a black belt-level kiss. She let me walk her home, invited me up to her apartment, and then it happened…the worst kiss of my entire life.

I know she was tipsy, and it can always be a little tenuous the first time you kiss someone, feeling out each other’s approach, but to call this kiss a train wreck is unfair to trains. The trains would have to be going incredibly fast, and be filled with, like, bombs or something to make a wreck this bad. Usually one would go with either a closed mouth, or a slightly open one on an initial kiss, to allow for exits and entrances. But Miyagi, well, she had her own approach. Her jaw was open wide, like she was visiting the dentist or making room for a bowling ball behind her teeth. Normally I would’ve just gone about my normal technique, but she was so insistent about keeping her mouth entirely open, I felt like there some special space-using technique that was expected of me. Like I was supposed to climb in there and do pinwheels or something. It was like someone handed me a three bedroom apartment with two baths and a gourmet kitchen and said “use every inch of this place or you’re gonna be in trooooouble.” And oh boy, was there ever trouble. 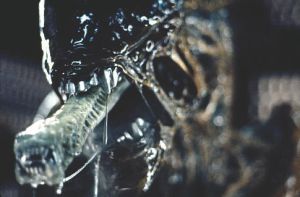 This wasn’t her only twist, however. Even with her mouth agape, Miyagi led with her teeth, somehow managing to assert them at every moment. It was like a trap. Every time I’d swoop in to try to deal with this gigantic mouth situation, her teeth were there to scrape and nip me into retreat. I understand why she was so proud of her kissing technique, to this day I can’t figure out how she did it. Who keeps their mouth open and teeth clenched simultaneously? There’s only one creature I know of that’s capable of that sort of dexterity, and I’m pretty sure Sigourney Weaver killed it in Alien 4.

I played it passive, and she came at me with an open mouth. I got more assertive, and her teeth were all over me. I zigged and she zagged. It was like kissing a giant cave whose opening was protected by angry white bats. Make a move for the dark shelter within, and they attack, clamping down upon you. I mean, there are dictators in the Middle East who are less aggressive than this girl’s chompers. Eventually I gave up and tried to stop kissing, but Miyagi would have none of it. She came up calmly for air, took off her glasses, and went right back to work.

The experience was so strange, so baffling, so far from what I expected, that I couldn’t help but laugh. On the inside. On the outside of course, I played it cool. Stoic, like Miyagi would’ve wanted. The fact is, I love kissing. I’ll take a good kiss over almost anything, truly I will. If the right person is doing it the right way, I’ll happily kiss for hours. Miyagi, it turned out, fit neither requirement. Pretty soon, wax on wax off was gone and a whole new scene was in my head.

The student has become the master. Black belt revoked.

This entry was posted in Horror Stories. Bookmark the permalink.

7 Responses to The Girl Who Couldn’t Kiss