Internet Dating Etiquette: Who Should I Respond To?

The other night, a friend presented a common Internet dating dilemma. He had gotten an email from a girl he liked OK, but wasn’t crazy about. She lived far away, had a mediocre profile, wasn’t particularly witty, but had written him a very nice email. He wanted to give her a chance, and see if maybe things might improve after a few emails. I already had my response ready. Frankly,  I had it about three sentences ago, but then he told me about “the problem.” The problem was, you see, she had two pictures that looked like this:

Except that instead of this professional hockey-playing gentleman sipping from the Stanley Cup, it was a girl. This girl. Who clearly felt that the key to finding her dream man lay in displaying her fondness for drinking out of silver bowls with sweaty Russian men. How it came to be that she either 1) drank from the Stanley Cup without actually being a hockey player or 2) found her way onto a professional, championship winning hockey team was unclear. But what was clear was that my friend didn’t really see her as his kind of lady. “Nothing personal,” he pointed out, “no judgements. I’m sure she’s very nice, she’s just not for me.” So I told him I thought he had his answer. What did he do? He felt bad, and wrote her back anyway. Sucker.

Look, we all hate it when people don’t write us back. You took the time to look through all the horrendous profiles and found their lone redemptive gem. Though the potential majesty of your union was obvious, you played it slow, relaxed, totally chill. You created an email that was funny and charming without looking like you put any effort into making it funny or charming. You’re just that good. You send off your message and wait. Ideally, she’ll write back tonight. No, you know what, she’s a busy woman. You wouldn’t have such a strong connection to some checking-her-email-all-night-long layabout — she’ll see your note, swoon, and write back tomorrow. Worst case, the day after. No need to worry, just think about where you might take her on the first date. Is Paris too over the top….? But then tomorrow comes and goes with no response. You’re a little concerned, but then another day passes, and another, and another, and suddenly it’s been a week since you’ve emailed. You’re officially pissed off at someone you’ve never met. When a second week passes without response, you write off any possible “she’s on vacation” or “she’s in a coma” explanations, and make a deal with yourself. You will not treat others the way you have been treated. Every reasonable email you receive gets a response! You will give people a chance to show their excellence before rejection. You will be better, you will raise the bar, you will treat people with respect! Also, you will waste an unbelievably large amount of your time! 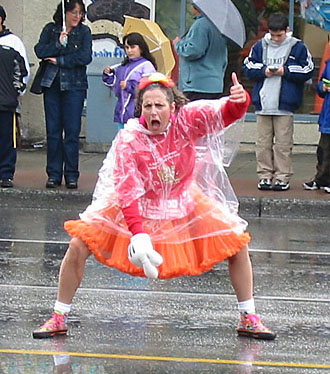 Even she will not become more appealing.

There is one simple rule regarding dating email etiquette: respond to the people you want to go out with. Don’t try to be nice, don’t try to be forgiving, try to find someone you actually want to date. We’ve all been in the situation where we’ve somehow gotten into a conversation with someone we don’t actually want to date, and then have no idea what to do. You wanted to see if they’d become more appealing, then they didn’t, and you were totally screwed. (Spoiler alert: they never become more appealing.) Then you had to extricate yourself from the conversation in some sticky, confusing way. Did you give them a better chance by responding in the first place? I guess. But you did so at the expense of the chance you had to talk with someone you actually liked. Nice work.

The fact is, you’re not doing anyone any favors by continuing a conversation your heart isn’t really in. Ultimately, you’re just getting their hopes up and wasting their time. If you know someone, if you’re in a relationship with them, if you’ve seen a look in their eyes that you can’t help but explore — go for it. But we’re talking about someone you’ve never met. Someone you owe nothing to and have put no time in on. You have the ability to make an essential in or out vote on their presence in your life, and if they haven’t been able to convince you in a handful of pictures, a lengthy profile, and a carefully constructed email that they deserve to be in, why give them another shot?

Ultimately, it all comes down to a question of time. There is only so much time in the day to spend looking for a date online, unless, like me, you’ve trained your cat to search profiles for you. You can either spend that time looking for someone you might like or talking to someone you have a pretty good feeling you don’t. It’s up to you, but don’t blame me when you’re toasting the Stanley Cup on your wedding day. You knew what you were getting into…

6 Responses to Internet Dating Etiquette: Who Should I Respond To?