Dating Myth: “All I Want Is Someone Who Can Make Me Laugh”

Cole Porter is a liar.

Even educated fleas do it…

Let’s pretend we care about sense of humor.

You ask anybody what they’re looking for in a mate, one of the first three things they’ll say is “sense of humor.” No doubt about it. It’s our dating mantra. “I just want someone who can make me laugh.” “Laughter’s all that really matters in the end, isn’t it?” “Looks fade, but sense of humor is forever.” Then how come I’ve never seen a guy say, “would you check out the jokes on that girl?”

She didn't do this to check out a funny dude, believe me.

90% of the women I write say they’re looking for someone who can make them laugh. I know, because when I read that I make a point to tell them I write comedy for a living. They, in return, make a point to subtly question my job stability and long-term ability to provide, and so the dance begins. But women, especially, say they love guys who can make them laugh. Do they mean it? No idea. But I’ve been in a lot of bars with a lot of funny dudes, and ladies’ heads have not swiveled. However, if a guy walks in who looks like Johnny Depp, or even better, looks like he just got into a fight with Johnny Depp, there’d be swiveling all over the place. Like the desk chair convention was in town. (Are there desk chair conventions? Probably not. Needed it for the joke. Worth it? Probably not.)

Men, however, are no better. If a girl isn’t funny, or at least playful in her emails, I report no interest in her. But, truth be told, if she looks good in a tank top I’ll probably find a way to get interested, at least for a little while. Many of my friends say that finding a lady to joke with is a priority as well, yet I can count on one hand the ones they’ve dated that I’d trust to tell me a joke. “Knock knock. Who’s there? Long Island Iced Tea. Long Island Iced Tea who? What? No. Get me a Long Island Iced Tea. Also, do you have any gum?” 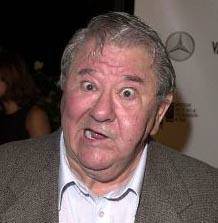 Never saw an US Weekly with Buddy Hackett on the cover. Why?

Not convinced that we’re all liars? How about this: if sense of humor was really such a big, if laughter was truly the great equivocator, then only the funniest people would date the funniest people. If you were hilarious, and all you truly wanted was hilarious, then you’d grab Kristen Wiig or Tina Fey and be done with it. Everyone would pursue the absolute highest level of humor they could obtain in a mate, so the uproarious would date the uproarious, the semi-uproarious would date the other semi’s, and there on down. But you don’t see that. Funny people date unfunny people all the time. It’s the hotties who only date other hotties. Relationships aren’t organized by laughs, they’re sorted, obviously, by looks. The most attractive date each other, as do the cutes, as do the weirdos. That’s life. And the funniest people, well, they go for the hotties too. Sense of humor never enters into things. 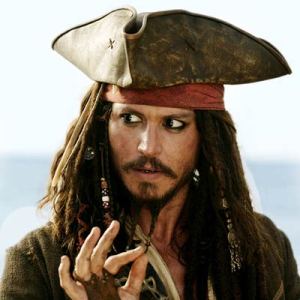 There’s two explanations. Either we’re all shallow deceitful fucks (here’s looking at you, Johnny Depp), or there’s something more complex going on. My theory, shockingly, is the latter. I think that we’re not as a jaded as I’ve made us out to be. Deep down, we know the right match for us is someone who can make us giggle those dizzy little you-know-just-what-gets-me giggles. We know, in our hearts, that laughter is what we truly need in a partner, but we’re weak. We’re weak, horny little pigs, and we give in to the immediacy of our desires. Because sense of humor is not immediate. It doesn’t grab you the minute you lay eyes on someone, the way that smiles or tits or asses so reliably do. The prospect of a lifetime of laughter sounds good, amazing, even, but it can’t send that instant jolt through your body the way the right girl can when she smiles and twirls her hair. (Tough break, bald girls). The fact is, we’re idiots. Even though we know that humor is a lot more important than hair color (sorry again, baldies) to the point where we ourselves state it as our greatest priority, we still go after the most attractive person we can get our hands on. We’re schmucks, really. And in the end, predictably, sex sells. It’s true in politics, movies,  and magazine covers – so why shouldn’t it be so when it comes to actual, well, sex?

Sadly, though, we don’t know this about ourselves. We say we want sense of humor, hook up based on looks, then feel disappointed when the shapely young girl with the winning smile is less interesting than the pint glass she’s drinking out of. (Although, admittedly, I do have a bit of a thing for pint glasses.) We break up with that chick, say we’re gonna do better next time, then make the exact same mistake over again. It’s the Transformer’s 3 Syndrome. No person in their right mind who saw Transformers 1 or 2 would think, “man, I’ve got to get me another two and a half hours of that shit!” But then the summer rolls around and we see the previews with the fancy robots, and the cars that turn into shooty things, and shooty things that turn back into spaceships, and we think “maybe this one will be better.” And then we go, and want to die. So the next time you spend a night with a boring beauty, just remind yourself that you just bought a ticket to see Transformers 3. For like the hundredth time. Then you’ll have a real walk of shame.

So what do we do? How the fuck should I know. I go out on dates with people I don’t know, you think I’ve got it all figured out? Probably, we should be honest with ourselves. We like funny, but we’re addicted to hot, and until we get over that this whole sense of humor business will continue to be a myth. But that’s not so bad, it’s just part of the process. And maybe then we tell the truth when someone asks us what we’re looking for in mate…

“I want someone to see Transformers 3 with.”

6 Responses to Dating Myth: “All I Want Is Someone Who Can Make Me Laugh”