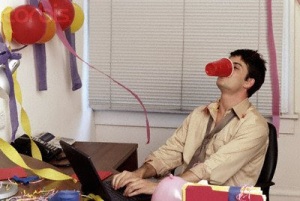 Probably not a good emailer.

Spending a lot of your time online dating doesn’t have a lot of benefits. You get good at calculating the tip on two drinks quickly. And crafting witty responses to fascinating questions like “Where did you go to college?” and “So, you’re a wine drinker, eh?” And, of course, you get really really good at deleting bad emails. But having sifted through all those bad messages, I’ve realized there’s a pattern. Specific kinds of lunacy that are repeated over and over again on Match and OkCupid. Has it helped me to avoid these cranks, being able to identify their style and see it for what it is? No, not really. But maybe it’ll help you. And if not, it’s always fun to laugh. Here are the types of emailers you encounter while Internet dating. If any of these sound like you, you might want to rethink some things. And by some things, I mean everything.

The Two Worders: “Hey you.” “What’s up?” “How’s your night going?” “You’re cute.” “Nice profile.” What do all these phrases have in common? They’ve never appeared in one of Shakespeare’s sonnets. Why? Because they’re not fucking romantic. No one can feel even slightly loved, attracted, or adored when all you say to them is “What’s up?” Look, I get it. You don’t want to sit there crafting an elaborate email for someone who very likely is never gonna read it, or might disqualify you immediately for some random attribute out of your control. And to that I say, “So you’d rather have them disqualify you for writing a crappy email?” How are you supposed to respond to someone who writes nothing but “How’s it going?” No, seriously, it’s not a rhetorical question. How do you do it? Because I’ve gotten emails from very attractive or otherwise desirable women that say absolutely nothing, and I just sit there, staring at the monitor, wondering “How the hell am I going to write back to that?” And invariably, I give up, just on principle. No self-respecting person can ever be reeled in by The Two Worder. It’s just setting the bar too low. Here’s a handy test: If the email you’re writing is also appropriate for a booty call text, then it’s probably not right as an introduction to the potential love of your life.

This entire library is actually filled with one long email.

The Two-Thousand Worders: Less common but equally confounding are the people who email way too much in their first message. There’s nothing wrong with going long form once the conversation has already been started, but when you’re initially saying hello, you might want to keep it to three tight paragraphs, max. And frankly, even that might be overboard. Look, how do you know that the loon who comes up to you in street and starts babbling is actually insane? Because he won’t stop talking. First it’s the President stole his children, then it’s the CIA monitors his brain waves, then he’s all about the moon being made of his cat’s remains. On and on and on and on. If he just stuck to Obama taking his babies, quick in – quick out, he’d have a lot more credibility. Right? Sorta right? Don’t be the crazy person in the street. Keep it brief.

The Ghost: Mostly found on OkCupid, The Ghost is vibrant and involved for one or two message, then totally disappears. Sometimes they stop responding, other times they leave the site altogether. There aren’t a lot of feelings more enriching as an Internet dater than going to click on someone’s profile you’ve been talking to and seeing “This User Has Deleted Their Account.” Not only were they not interested in you, but you’ve chased them off the platform altogether! That’s like going to your friend’s house and finding out they’ve moved. To another country. I think emailers go Ghost because they were never really interested in the first place, but the really skilled perpetrators never let on until they’re already gone. Oh, and from what I understand, Ghosts are mostly men. Nice work, guys. Thanks for keeping up the cred. 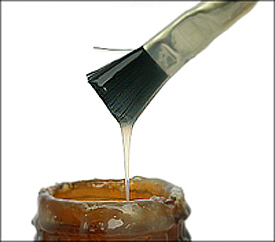 The Copy and Paster: If you repeatedly refer to me as “friend,” “pal,” “guy,” or in a woman’s case, “beautiful,” I’m probably gonna realize you’re cutting and pasting your message. Also, if you talk about how “so many things in my profile made me smile” but never actually say what those things are, we’re gonna know the message was just a CNTRL V. And finally, if you accidentally post the message a second time below your initial message, saying the exact same totally personal and individually crafted words all over again – well, then, I really don’t know what to tell you. Except that you might not be cut out for computers. I’m alright with Internet dating form letters, but there’s an art to the deception.

The Did You Get My Email Yeters: Really? Are you really going to write me and ask if I read the last thing that you wrote me? Is there a universe where people wait to read a message until them person emails them a second time and asks if they’ve gotten to read it yet? “Oh, I did get, but I was saving until you made your follow-up request, just so I knew it was really important.” Or are you really wondering if I “got” it? Like, you sent it, and maybe it just disappeared into the night like Batman. Or did I get, as in understand, the heavy vibes you were laying down. I feel for the Yeters, because we all know what it’s like to check your email box, waiting for a message from that special someone and just see that obnoxious phrase, 0 New Messages, staring you back in the face. I hate you, 0 New Messages. But you can’t write to check in, Yeters, because they got your message and they’re deciding whether or not they’re going to respond. And believe me, following up doesn’t help the cause.

10 Responses to The Worst Kinds of Dating Site Emailers